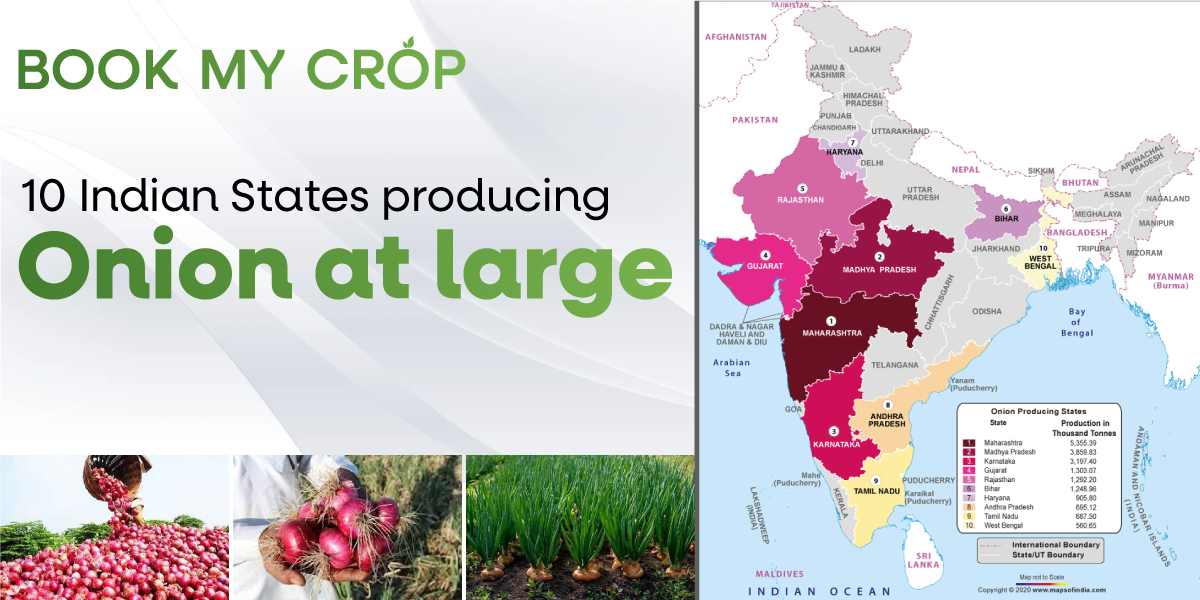 The onion is a very significant crop in Indian agriculture. It is not only popular in India, but also in other parts of the world. In fact, after China, we are the world's second-largest onion grower. Among fruits and vegetables, it earns the most foreign exchange. From 18.5 million metric tonnes in 2015 to over 27 million metric tonnes in 2021, India's onion production has increased significantly. Except for 2019, onion output has been steadily increasing in recent years across the country. Maharashtra and Madhya Pradesh placed first and second, respectively, in onion output in 2020-21.

Onions can be found in nearly every home and are eaten both cooked and raw. Onions have therapeutic properties in addition to healing the taste buds. Have you ever thought about where onions are cultivated in India? According to government data accessible through June 2020, the top 10 onion-producing states in India are listed below in an infographic.

We are well aware of the enormous demand for onions in India and around theworld. It's also true that onion prices fluctuate depending on the season, production cycles, trading, and other factors. As a result, BookMyCrop aspires to expand the opportunities available to Indian onion producers. BookMyCrop is India's most popular agribusiness app, connecting farmers, suppliers, and buyers for more than 200 commodities. Please contact us at 9725074499 or [email protected] Our software is also available on Google Play and Apple App Store.