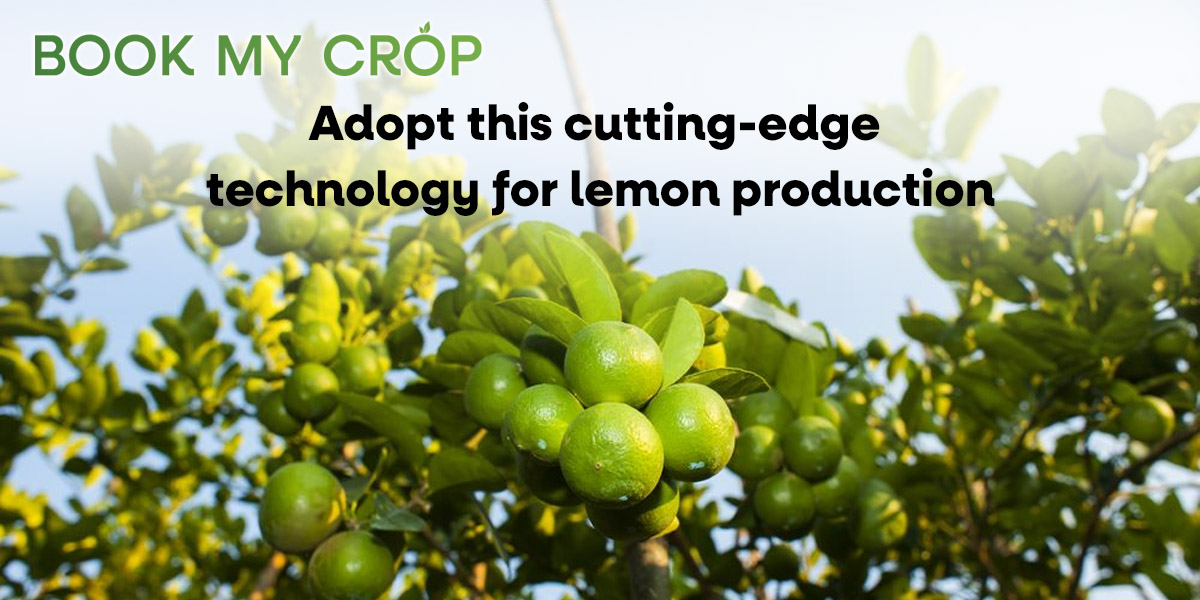 Due to its capacity to withstand both cold and heat, various lemon species fruits are grown in practically all of India's provinces, placing the lemon species third in terms of popularity behind mangoes and bananas.

These fruits are a good source of minerals and vitamins A, B, and C. A significant source of vitamin C is the fruit of the lemon family. Marmalade used as a preservative and produced from lemon species fruits is quite popular worldwide. Oil made from the plant's flowers, leaves, and bark is very valuable commercially. Oranges, grapefruits, and other sweet kinds are utilized as fresh fruit. Squash, cardiac, pickles, and many sorts of medications use sour species like Lemon, Galgal, Rangpur Lemon, Karna Khatta, etc. Nagpur is home to the National Research Center for Citrus Fruits.

Atmosphere
Lemons can be effectively cultivated in mild to mild climates. It can grow best in dry and semi-dry locations with access to water. 16 to 32 degrees Celsius is the ideal range for gardening to flourish there. It is effectively grown in areas of Rajasthan where the winter season is long and there is little chance of frost.

Land
All types of soil are suitable for growing lemons, however fertile loamy soils are said to be the best. The soil should be 2 meters deep and biologically diverse. Clayey and very sandy soils are not appropriate for this. There should be a proper drainage system in the soil.

Better Varieties
Paper Lemon, Pati Lemon, Perennial Lemon, Indore Seedless, Paint Lemon-1, and other popular cultivars are grown in India. In addition to this, other new kinds with large yields and great quality, such as Vikram, Pramalini, Saisharbati, and Jayadevi, have been produced.

Amplification
Lemons are multiplied using the following techniques:
The simplest way to multiply lemons is from seeds. One lemon seed is likely to produce three to four plants because of the abundance of lemon seeds. The seeds are planted 10 cm below the surface in July and August. Vertical beds should be used for planting. 10 to 15 cm after germination for 6 months. Alternately, put them in a plastic bag.

For planting lemon trees, allow 75m75m75cm in May and June. Pits of a certain size are excavated 6m (6m) apart. Each pit should be refilled by combining 20 kg of cow dung, 1kg of super phosphate, and 50 to 100 g of methyl parathion powder in the soil after leaving the abovementioned pits open for 10 to 15 days. In the months of July and August, it is advised to sow seedlings in the prepared pits. After planting, irrigation is required immediately.

Give native fertilizer, super phosphate, muriate of potash, and half the amount of urea six weeks before flowering. While creating fruit, administer the latter half of the urea dose.

Irrigation
Oftentimes, irrigation is not necessary during the rainy season. Lemons should be irrigated every 25 days in the winter and every 15 days in the summer. When a plant is blossoming, irrigation should not be applied because the flower will likely die.

Pruning
Although sick, dry, and interconnected branches should be cut once a year, lemon trees typically don't need any special trimming. Additionally, prune to reach a specific size in the beginning.

Manufacturing and Storing
After three to four years, lemon plants begin to bear fruit. Fruits should be picked when fully developed. The lemon should be broken when it turns a pale yellow color. Per plant, there are roughly 1000 to 1200 fruits, and fully developed plants typically weigh 50 to 75 kg. Produce per plant. At a temperature of 8–10 °C and a relative humidity of 85–90 %, lemon fruit can be kept for 3-6 weeks.

Insect
The following pests are the prominent ones among the many pests that harm citrus fruits.
Lemon butterflies are destructive because they consume foliage. The plant's growth is halted as a result. The plant's vines are taken out in order to regulate it.