Agriculture 4.0 is a technological revolution in agriculture. 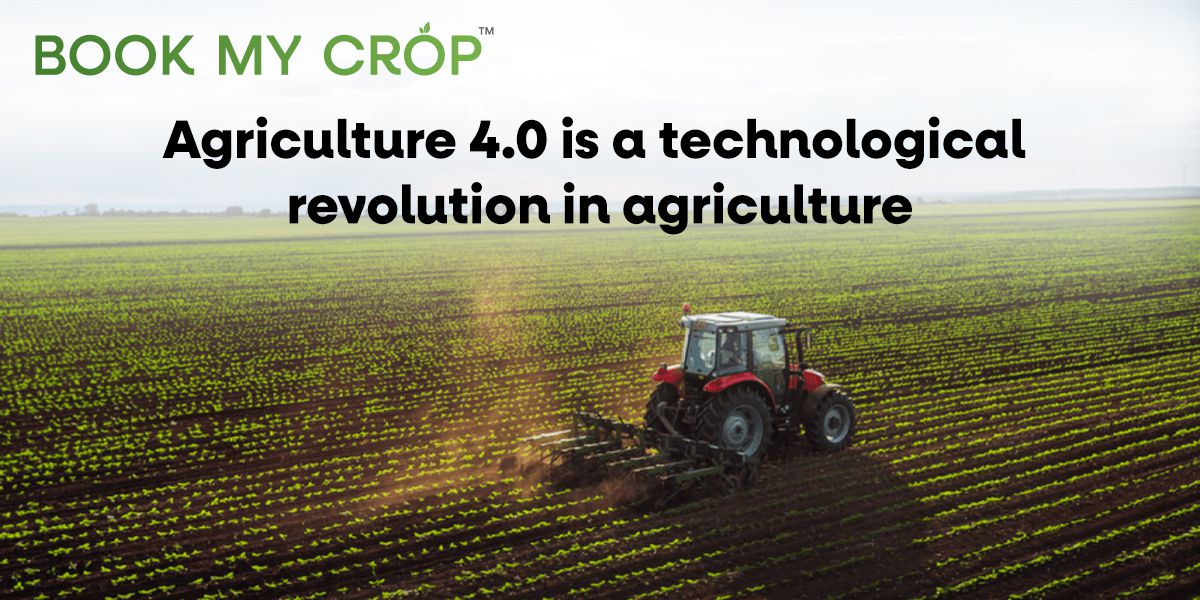 One of the oldest occupations that humans have ever known is agriculture. Over 10,000 years ago, it started in numerous parts of the planet. Early humans were foragers or hunters who caught wild game and gathered roots and fruits from the wild. Agriculture advanced along with humankind. From the labor-intensive stage of the 1920s to the mechanized farming stage of the green revolution (until 2010), and finally the coming of age Agriculture 4.0 which marked the adoption of digital technologies for boosting agricultural production and farm incomes, agriculture as we know it today has evolved significantly.

The largest source of employment worldwide is the agricultural industry. Although the sector in India contributes about 15% of the GDP and employs more than a quarter million people, it confronts severe obstacles that prevent it from reaching its full potential. The industry is dealing with the following issues:

Other considerations including population growth, climate change, and food security have compelled the sector to look for novel ways to boost production while having less of an impact on the environment.
This is where "Agritech," or agriculture that is fueled by technology, comes into play. Agritech has unleashed a digital wave that has transformed agriculture's face in order to provide food that is both economic and sustainable. In the next era of agriculture, known as Agriculture 4.0, information and communication technology (ICT) is being added to this labor-intensive system to increase food production while utilizing less resources. Using AI, IoT, automation, and other technologies to build a hyper-connected network of farms, factories, and machines, agriculture 4.0 optimises both food production and consumption.

The government has recently launched a number of digital programmes with an emphasis on improving the agriculture industry, including the Agricultural Technology Management Agency (ATMA), National Mission for Sustainable Agriculture (NMSA), E-NAM, and Soil Health Management (SHM). Along with government initiatives, India is home to over 450 agritech start-ups, which are expanding at a 25% annual rate. More than $248 million has been invested in the area, which amply demonstrates its limitless potential.

The adoption of technology has been slow, despite all of the efforts made by the government, entrepreneurs, and technology businesses to transform the Indian landscape through new business models. The perceived expense of adopting new technology and the marginal farmers' functional illiteracy are the main barriers to widespread adoption. Additionally, the pace of Agriculture 4.0 in India has been slowed down by small, fragmented landholdings, high opportunity costs to reach the farmers, as well as government support methods that are distorting.

Public-private partnerships (PPPs) hold the key to solving the issues with the agriculture sector's adoption of digital technology because they can foster the conditions necessary for technology to reach India's most remote rural areas and empower smallholder farmers. By utilizing the potential of these technologies, the PPP should work to localize challenges, foster innovation and entrepreneurship, support institutions and policies that build an enabling ecosystem, and promote inclusive growth of farmers. Only a successful public-private partnership, with the private sector advancing it and the public sector creating an enabling climate, can bring about the agriculture revolution in India.

At the centre of the system that supports a community is a farmer. By enabling the farmer, the community is also empowered. Making the disadvantaged and undervalued Indian farmer viable, forward-thinking, and prolific is the key to the agricultural revolution, and there has never been a better time to do it!