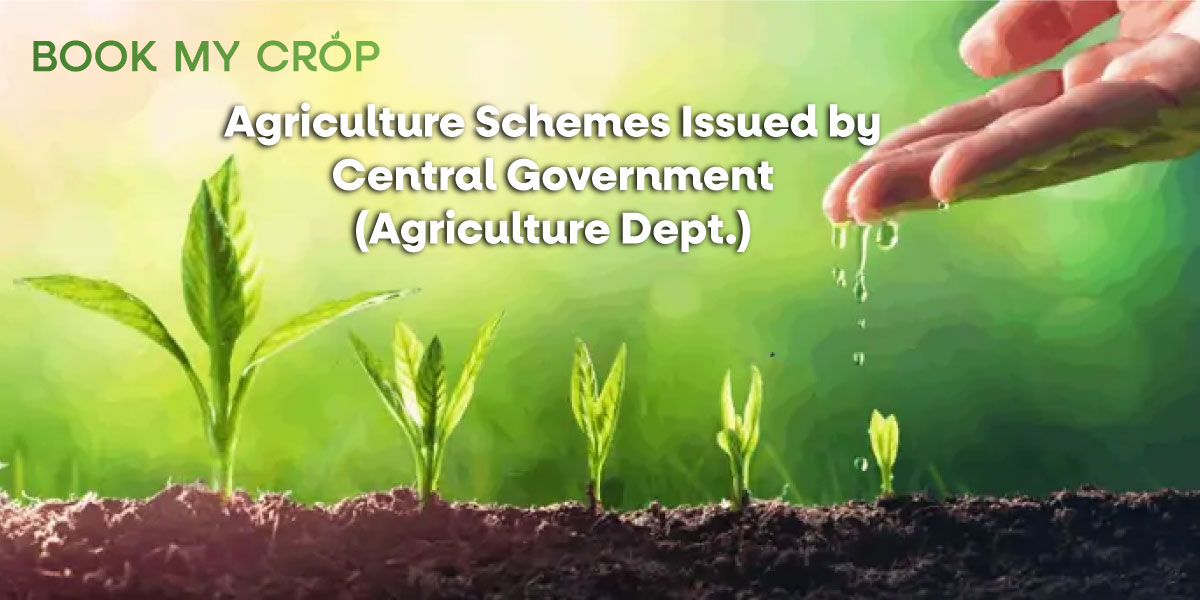 2) Mission for Integrated Development of Horticulture(MIDH)

2) Mission for Integrated Development of Horticulture(MIDH):

It's funded by the central government and aims to encourage the holistic development of the horticulture sector, which comprises fruits, vegetables, cocoa, mushrooms, root and tuber crops, flowers and spices as well as fragrant plants, cashew and coconut. It is estimated that the Indian Government (GOI) contributes 85 per cent of the total expenditures for development programs in all states except for those in North East and Himalayas, while state governments contribute 15 per cent. In the case of the North-Eastern States and the Himalayan States, the Government of India contributes entirely. Similarly, the Government of India will contribute 100% to the development of bamboo, National Level Agencies (NLA), Coconut Development Board (CDB), programs of the National Horticulture Board (NHB), and Central Institute for Horticulture (CIH).

The RKVY program was launched in 2007 as an umbrella scheme to ensure the holistic development of agriculture and allied sectors by allowing states to select their own agriculture and allied sector development activities in accordance with the district/state agriculture plan. Since its start, the project has come a long way and has been implemented over two plan periods (11th and 12th). The scheme was introduced as an Additional Central Assistance (ACA) to State Plan Scheme with 100 per cent central assistance until 2013-14. In 2014-15, it was turned into a Centrally Sponsored Scheme, similarly with 100 per cent central assistance.

On May 29, 2007, during its 53rd meeting, the National Development Council (NDC) decided to initiate a Food Security Mission to increase annual rice output by 10 million tonnes, pulse production by 2 million tonnes, and wheat production by 8 million tonnes by the end of the Eleventh Plan (2011-12). As a result, the National Food Security Mission (NFSM), a Centrally Sponsored Scheme, was established in October 2007. The Mission was a resounding success, with increased rice, wheat, and pulse output exceeding expectations.

The National Mission for Sustainable Agriculture (NMSA) was created to increase agricultural output, particularly in rainfed areas, by focusing on integrated farming, water usage efficiency, soil health management, and resource synergy. The goal is to promote sustainable agriculture through a series of adaptation measures focusing on ten key dimensions encompassing Indian agriculture, namely 'livestock and fish cultures,' 'pest management,' 'water use efficiency,' improved crop seeds, 'nutrient management,' 'improved farm practises,' 'credit support,' 'access to information,' 'agricultural insurance,' 'markets,' and 'livelihood diversification.' Through a process of reorganisation and convergence, these measures are being embedded and mainstreamed onto ongoing/proposed Missions/Programs/Schemes of the Department of Agriculture and Cooperation (DAC&FW) throughout the XII Five Year Plan.

Agricultural technology, including the adoption/promotion of vital inputs and improved agronomic techniques, was spread through the Department of Agriculture & Cooperation's 17 distinct schemes throughout the 11th Plan. The Modified Extension Reforms Scheme was implemented in 2010 with the goal of enhancing the extension apparatus and leveraging it to synergize the interventions under these schemes under the auspices of the Agriculture Technology Management Agency (ATMA). Through the merging of various schemes, NMAET is envisioned as the next step toward this goal.

The Pradhan Mantri Krishi Sinchayee Yojana (PMKSY) will have the overarching goal of providing all agricultural fields in the country with access to some type of protected irrigation, allowing them to produce more crops per drop and delivering much-needed rural wealth.

Development and Strengthening of Infrastructure for Production and Distribution of Quality Seeds is a Central Sector Scheme being undertaken in India from 2005-06 with the purpose of assuring the production and multiplication and making certified/quality seeds for all crops available to farmers.