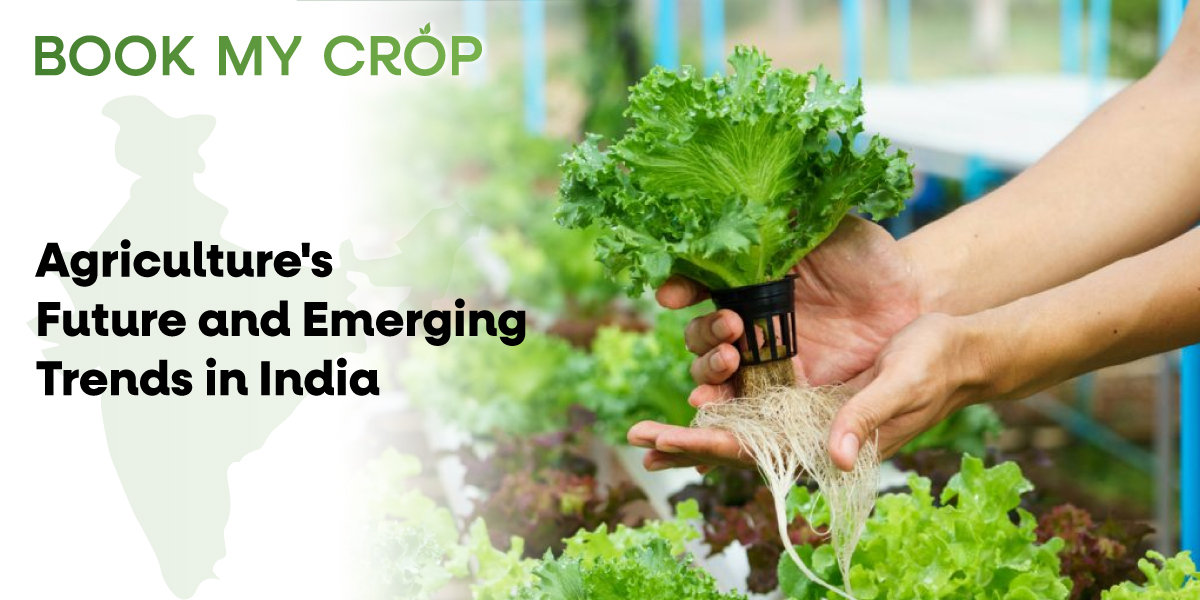 Agriculture's Emerging Trends
Agricultural production in India has increased over time due to recent developments. The country's total food grain output would reach a new high of 291.95 million tonnes, according to the Second Advance Estimates for 2020-21. Despite this good news, the Indian Council of Agricultural Research projects that by 2030, food grain consumption will have increased to 345 million tonnes. Agricultural patterns are responsible for all of this. Recent agricultural developments in India refer to recent technological advancements and advances in the area.

1.Increased Food Production
India's agriculture has seen a significant increase in food production since the advent of new technology, such as the Green Revolution in agricultural methods. These strong growth rates are attributed to the Green Revolution, which enabled India to become self-sufficient in food grains and even a minor exporter.
The annual growth rate declined to 1.7% in the 1990s, matching annual population growth. This was too fast for the 1990s to keep up with. Overall foodgrain output increased from 176.39 million tonnes in 1990-91 to 233.9 million tonnes in 2008-09. Food grain demand is expected to increase rapidly as the world's population and affluence expand.

2. Diversification of Agriculture
Agriculture satisfies not only food grain demand, but also other development needs. Flowers, orchids, dairy, and animal husbandry and products have all been introduced to the farming sector in recent years, as well as fruits, vegetables, spices, cashew, areca nut, coconut, and flour items. These items are also in high demand. The agricultural industry has many potential to grow in terms of output and trade as a result of economic liberalisation.

3.Emerging Trends in Horticulture Production
India is the world's greatest fruit producer and the world's second-largest vegetable producer. Many horticulture crops, such as fruits, vegetables, spices, cashew, coconut, cocoa, areca nut, root and tuber crops, medicinal and aromatic plants, and so on, can be grown in India due to its diverse geographical, climatic, and soil features. Fruit output grew from 29.0 million metric tonnes in 1990-91 to 63.5 million metric tonnes in 2007-08.

4. Floricultural Productivity Increase
Around 31,000 hectares of land in Karnataka, Tamil Nadu, Andhra Pradesh and West Bengal are used to grow flowers. However, since the rise of liberalism, commercial floriculture production has steadily increased. As a result, the global demand for Indian cut flowers is gradually increasing. Under the liberalised environment, India has considerable potential to export floriculture items, with exports expected to exceed Rs. 200 crores by 2010. The flower business generated 0.87 million loose flowers and 803.5 million tonnes of cut flowers in 2007-08.

5.Exports of Agriculture
India is the world's largest exporter of agricultural products. As a result of deregulation, it is one of the most important new developments in agricultural marketing. Due to deregulation, the number of agricultural exports is expanding under WTO standards, and this trend is projected to continue in the near future. Due to cheap import material costs, low labour costs, excellent climatic conditions and low input unit costs, India enjoys a favourable position in terms of agriculture exports. Agriculture exports are critical to the industry's growth. It's also diversifying agricultural activity and increasing job opportunities.

6.Biological Techniques of the Future
During the Green Revolution, increased use of chemical fertilisers and pesticides was advocated on a large scale in order to meet the growing need for food to feed the growing population. Growing population, rising food demand and unregulated exploitation of natural resources have put the environment and agriculture in jeopardy. A greater emphasis is being placed on the use of biological technology in farming operations and the development of new organic technology to prevent additional environmental and agricultural harm.