Can India Sustain To Produce Pulses At A High Rate? 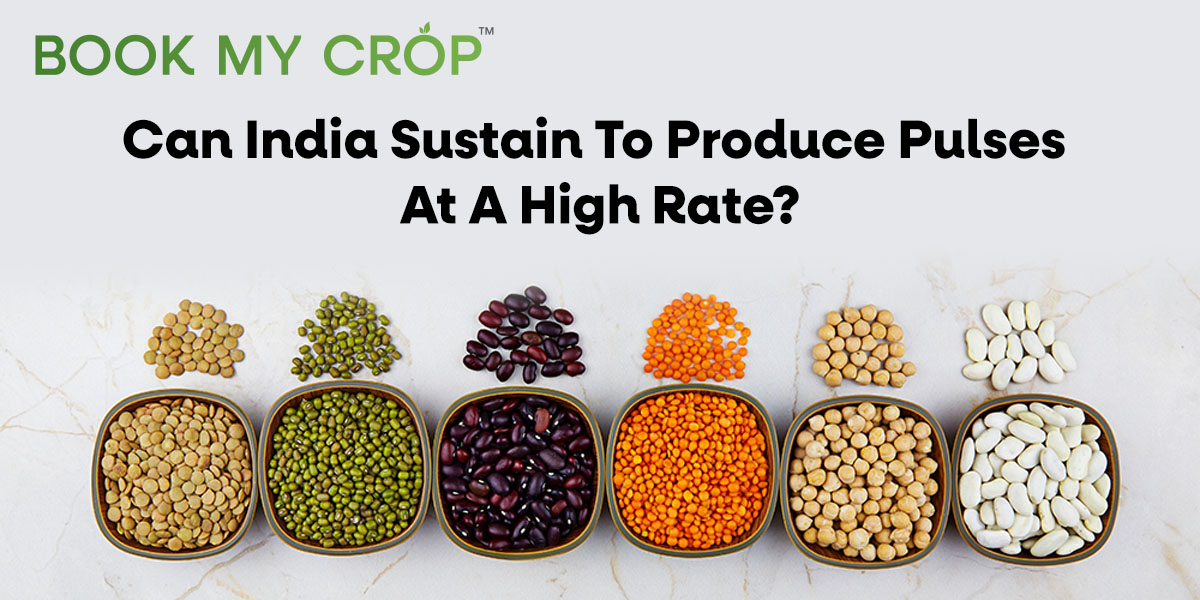 India has made a significant step in the direction of achieving pulse self-sufficiency. This has been made possible by the nation's recent adoption of a mission mode strategy to increase pulse generation.

The extraordinary growth in area and productivity of chickpea in central and southern India, which outperforms the rest of the globe (all other nations that grow chickpeas excluding India) in chickpea output, is one of the greatest success stories for pulses in India.

Since the majority of this increased production went toward making up for the significant decrease in chickpea production that occurred in northern India as a result of replacing chickpea with wheat and other irrigated crops in about 4 million ha, India's outstanding achievement in chickpea production in the central and southern regions of the country largely went unnoticed (nearly equal to the area of chickpeas grown in the rest of the world). For India to ensure food security, wheat area expansion was essential. Fortunately, chickpea area expansion in central and southern India more than made up for the loss of chickpea area in northern India.

India has several prospects and the capacity to maintain this rapid expansion in pulse output. Maintaining this pace, making sufficient and ongoing expenditures in pulses research and development, and offering supportive policy measures for increasing pulses output are necessary.

The crop improvement programmes are now better able to create new varieties in a shorter amount of time while still serving the needs of farmers, consumers, and industry. In order to achieve significant genetic advances, crop improvement specialists today have access to cutting-edge tools and methods.

These include high throughput phenotyping techniques and genomics resources for breeding with high precision and efficiency; rapid generation advancement techniques for breeding with speed; novel crossing techniques, such as the multi-parent advanced generation intercross technique for enhancing genetic recombination; and effective data management systems for decision-making. The research programmes must have appropriate funding in order to build or modify their research facilities and to have the skilled personnel they require to incorporate cutting-edge equipment and methods and improve efficiency.

In order to control other desired traits for which genetic variability in the cultivated germplasm is insufficient, crop improvement programmes should take into account the exploitation of wild species for the introgression of novel genes conferring resistance/tolerance to existing and emerging biotic and abiotic stresses.

Despite the fact that pulses already contain a significant quantity of protein and micronutrients, there are still chances to increase the protein content by 20 to 30% and some micronutrients, such iron and zinc, by 50 to 100%. Therefore, all future varieties will have higher protein and micronutrient contents, and consumers will receive more nutritional advantages even if they consume the same amount of pulses, should be the goal of crop improvement initiatives.

Technology advancements in crop production that are anticipated to have a significant impact on the production of pulses require special consideration. These include planting strategies, such as raised beds and ridge-and-furrow systems, to prevent water logging in pulses grown during the rainy season; efficient irrigation systems and integrated water management to ensure post-rainy season pulses receive supplemental irrigations based on need; fertilizer applications based on soil tests to meet the needs of both macro and micronutrients; increased mechanization in pulse cultivation; and promotion of conservation agriculture.

To reduce losses during storage, it's also critical to encourage efficient and affordable seed/grain storage techniques. To give farmers the additional revenue they so desperately need, it would be vital to develop a value chain for pulses that includes farmers among its actors.

Due to their nutritional value and role in preserving agricultural production systems, pulses will continue to play a significant role in Indian diets. Due to rising consumer knowledge of pulses' nutritional advantages and population expansion, demand for them will only continue to rise.

Few nations send pulses to India, where they are consumed in significant amounts (desi chickpea, pigeon pea, mung bean, and black bean). India should therefore keep making concerted efforts to become self-sufficient in pulses. The quick progress India has made in producing pulses in recent years and the abundance of options for expanding the area and productivity of pulses in the nation imply that India is well-positioned to attain pulse self-sufficiency.