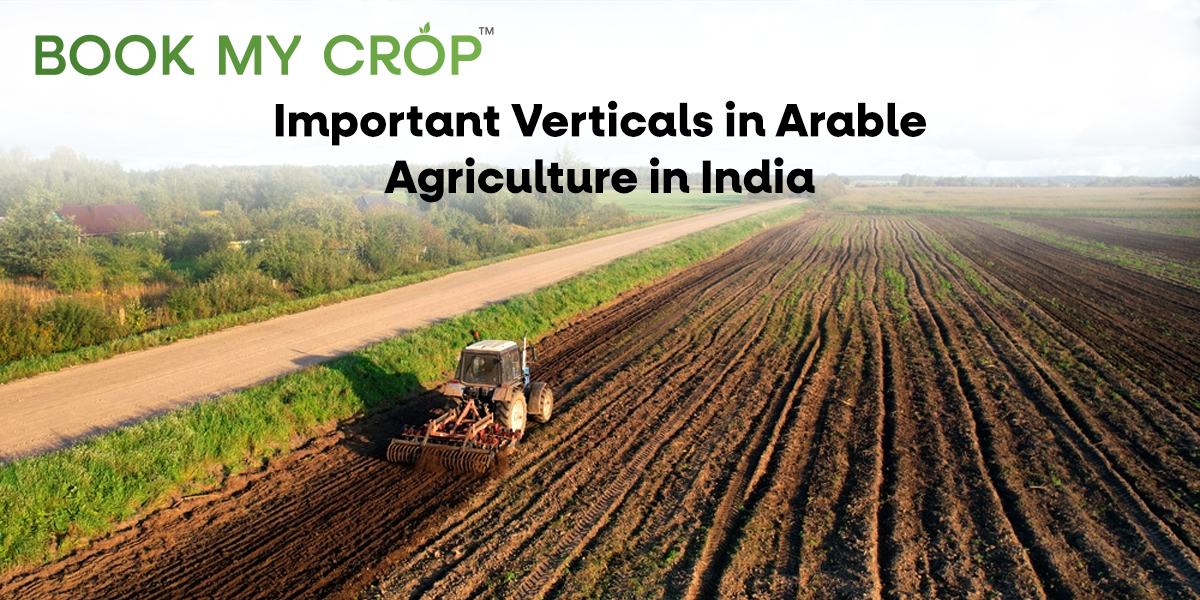 Indian agriculture has always been the country's main source of trade. In fact, the majority of Indian workers are still employed in arable farming. Such conditions exist on the Southeast Asian subcontinent for a variety of reasons, including poverty, a lack of agricultural diversity, a lack of investment capital, and a lack of farmer awareness. But most crucially, the subcontinent's expanding population has called for significant revolutions in order to feed the nation throughout time. The Green Revolution was one such awakening.
With a score of 50.4%, India tops the list in Wikipedia's poll about the amount of arable land that is available on its territory. This ratio illustrates the significance of arable farming and associated agriculture. We shall talk about a number of arable farming verticals in India and the rest of the world in this blog.

Process and examples of arable farming

Process
Planting and sowing are the two steps in the arable farming process. Let's talk about and comprehend these two first before continuing.

Arable agriculture is primarily defined in detail by the previous two phases. Additionally, in this kind of farming, the subsequent sowing and planting procedures are steps for the cultivation of staple crops.

What Does Arable Farming Mean?
Arable agriculture is a farming method that promotes crop-specific land preparation for planned crop cultivation and harvesting. On a big, medium, or small scale, it involves the production of staple crops like wheat, rice, maize, and other similar crops.

A History of Arable Farming
The term "arable land" comes from the Latin word arabilis, which means "able to be ploughed." From here on, arable farming refers to the use of arable land for planned agriculture. Arable farming first appeared when humans were less nomadic, or about 11000 years ago. The Paleolithic period was the name given to the historical period in question. Following the conclusion of this age, nomadic humans developed greater organizational skills and began using an arable agricultural system.

Arable Agriculture's Importance for Farming
Arable farming was developed as people realized they needed to systematize their crops. Arable agriculture is solely in charge of generating food crops to meet human needs, regardless of the time period. Furthermore, arable agriculture and related practices are essential to the main population of animals. Along with all of these other considerations, arable farming has met the demand for human food and animal fodder. Only arable farming has the capacity to meet the demand for food as it rises with population expansion.

List of Arable Crops Used for Production
A wide variety of annual, half-yearly, and quarterly crops are produced on cultivated land. Thus, arable crops are classified into the following groups according to how they are consumed by people and animals:

Types of Arable Agriculture
Over time, agronomic technology has improved and advanced. As a result, several arable farming methods and techniques were developed to promote soil sustainability and land equity.

Organic Arable Agriculture
The organic agricultural practices used in this sort of arable farming system involve the use of solely carbon and carbon derivatives as fertilizers, nitrogen fixes, pesticides, and insecticides. This technique involves restoring the soil. Even if the procedure is rather pricey in the present era, less arable land is used for organic farming. However, the technique has a long-lasting impact on the properties of arable land.

Intensive/Inorganic arable farming
Every technique (apart from organic farming) used to improve crop yield while disregarding the soil's inherent fertility is referred to as intensive or inorganic farming. Or, to put it another way, arable land sustainability is threatened. Many arable lands have been exploited by humans as a result of intense arable farming. This aspect has led to the demotion of intensive/inorganic agriculture of arable crops for the sake of sustainability.