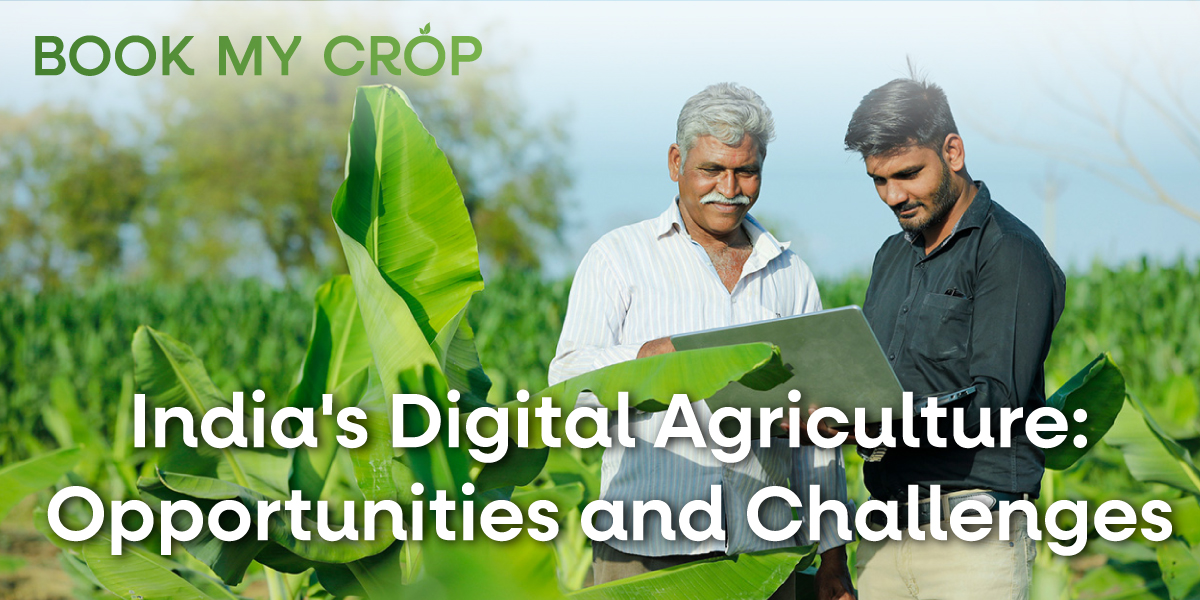 One would fall behind in every modern scenario, regardless of context, in the age of digitization if they were unable to keep up with the pace of dynamic technology. The impact of modern technology such as the internet, computers, machinery, automation, and cell phones on India's agriculture sector cannot be ignored. Blending everything with the rapidly moving flood of machines is becoming an urgent necessity. India has established itself as a major producer of numerous crops since gaining independence, making it not only a self-sufficient food producer but also a source of surpluses for export to other nations. Our nation ranks in the top two in the world for agricultural production, but we still have a long way to go in terms of adopting cutting-edge methods to raise productivity per hectare. India ranks 40th among the nations in terms of its level of mechanization, whereas China and Brazil, both emerging nations, rank 65th and 75th, respectively. This demonstrates our strong reliance on conventional methods and the significant mechanization and use of agricultural machinery that is still lacking in agriculture.

In order to boost farm production and restructure agriculture as an economically viable component of the economy, India must transform its agricultural sector. Our country's population growth is one of the factors that can be seen as both beneficial and negative. As a result, the demand for resources and food would increase, while at the same time we would be able to offer the rest of the world with skilled labor. A sizeable section of our people works in agriculture and allied industries as a source of income, and it is one of the important sectors that makes up roughly 18% of our country's GDP. The Indian agricultural sector is accustomed to dealing with complex problems like increasing output, irrigation problems, draughts, protecting against fake crops, decreasing arable land, etc. We still rely on the monsoon for irrigation decades after gaining our independence, and today's climate change has a significant impact on weather patterns and, as a result, on rain-fed crops due to erratic rainfall.

Although practically every other sector of the Indian economy has experienced a boom in digital growth, agriculture has lagged behind. All of the fundamental issues with our farmlands must be addressed using emerging technology; doing so will help to double farmers incomes and increase crop yield. It is practically impossible for Indian agriculture to be scientifically transformed in a year or less since the country is so diverse; instead, it requires a long-term plan with immediate priority areas that will reach even the most remote regions of the country. The ultimate goal of the country should be to conserve water and maintain soil nutrients. Rapid agricultural growth necessitates intense work from the entire farming community, which will progressively reduce our global footprint in the form of exports. A number of agro-startups have also begun to make contributions toward creating a sustainable ecosystem that will connect different parties involved in agriculture. Drones are used in agricultural farmlands all over the world to precisely inspect pest locations and spray agrochemicals with pinpoint accuracy, but digital revolution in agriculture in India will be a lengthy and comprehensive chapter. Although the central government has passed laws to remove prohibitions on the use of drones in agriculture, much more must be done quickly.

In order to close the gap between the farming community and technological advancements, Indian institutions, both public and private, have taken coordinated action. They have mobilized essential agro-services, like weather forecasts and block chain technology, to support Indian agriculture services. Obstacles in our agricultural ecosystem have long prevented farmers from utilizing the newest technology to boost farm output. The current administration has urged Farmer Producer Organizations (FPOs) to make the entire value chain more open and efficient in order to remove these hurdles. In order to extend the shelf life of the produce, attention has also been placed on developing clusters for post-harvest agri-produce processing units. These measures help farmers manage price volatility effectively and give them access to new financial options. Farmers can develop strategies for managing the risk associated with the agricultural ecosystem when they are aware of it in advance.