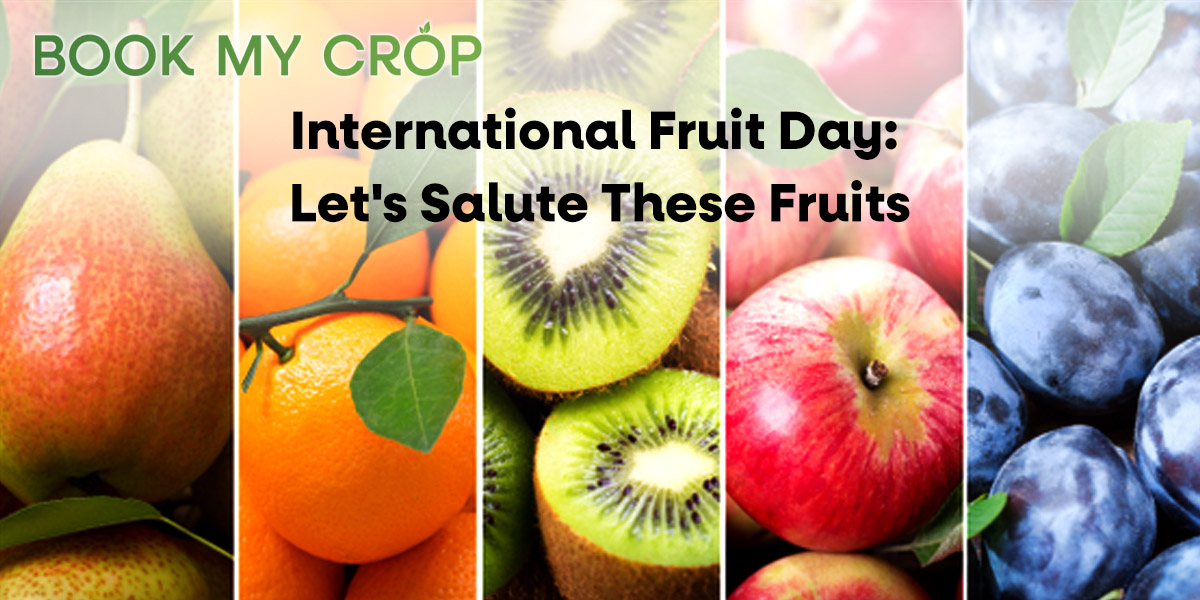 Fruit evolved as humans moved away from hunting and gathering to producing food. The fruit is unique in different geographic regions, leaving its presence and stamp in a variety of civilizations and national histories. In many religious societies, fruit serves a specific function. You can savor any number of fruit's fascinating history.

Let's examine some of the many fascinating history of fruit and how they are ingrained in our mythology on this International Fruit Day, as provided by INI Farms- Kimaye.

Bananas
Bananas, which are South East Asian natives, were among the first fruits to be cultivated on earth. Hinduism regards the banana plant as sacred for a number of reasons. They denote the presence of Lord Vishnu and Goddess Laxmi in addition to being a representation of God Brihaspati (Jupiter).
Praying to the plant is thought to be beneficial for the family's well-being. In religious rites, the leaves are just as important as the fruit. India, where this potassium-rich fruit originated, continues to be the world's top producer. The crop of bananas was first cultivated in the Indian Valleys by Alexander the Great, who also introduced it to the West. The greatest banana producer in India is located in Jalgaon, which is often referred to as "The Banana City of India."

Pomegranate
The pomegranate, which is referred regarded as "The Crown Royal of all Fruit," is a fruit with a long history. Since ancient times, the seeded fruit with a crown has been a representation of prosperity, ambition, and fruitfulness. One of the fruits that was first discovered during the Bronze Age is the pomegranate, which is native to Iran and its surrounding nations.
Pomegranates are a fruit with a long history, and they appear in many myths and works of art from ancient Egypt. In Indian mythology, pomegranates are linked to Bhoomidevi, the Earth Goddess. Pomegranates have many different cultural meanings around the world; they stand for abundance, fertility, prosperity, and life.

Mango
Mango, the supreme fruit and a native of South East Asia, was originally cultivated on the Indian subcontinent. Mango trees were revered in antiquity as a sign of prosperity and as the embodiment of the Gods and Goddesses. In Hindu mythology, mangoes are revered as divine beings. The fruit represents riches, fertility, and knowledge, and its shape represents love.
The leaves of the trees have religious importance because they ward off evil spirits and signify the presence of Goddess Lakshmi. This tropical delicacy, which is abundant in polyphenols and flavonoids and has many health advantages, is widely planted throughout Asia and other tropical nations worldwide.

Grapes
Grapes, the wine's fruit, stand for prosperity, abundance, fertility, and wealth. It is gifted as anything that is blessed and prosperous in the Bible and has a clear significance. Greek mythology places a lot of emphasis on grapes, which are equated with Dionysus, the god of winemaking and grape harvesting, as a sign of the divine's overflowing love.
The Persian invaders brought grapes to Maharashtra in India, where they are today synonymous with wine, but they are categorized differently depending on their use. Wine grapes are thick-skinned, have numerous seeds, and are only used to make wine, as opposed to table grapes. The majority of India's grape production occurs in the Maharashtra state's Nasik area.

Coconut
Coconuts were domesticated on India's periphery and are now primarily grown around its coastline, with Kerala being the country's top producer. According to Hinduism, the fruit is the only object that represents "God."
The Sanskrit word for coconut is "Sriphala," which means "God's fruit" in English. Hindus frequently break a coconut tree before the commencement of a religious or auspicious ceremony. The activities of life are symbolized by coconuts, which are also pure and clean. Coconut water represents the purification of selfish ideas before surrendering them to the gods.