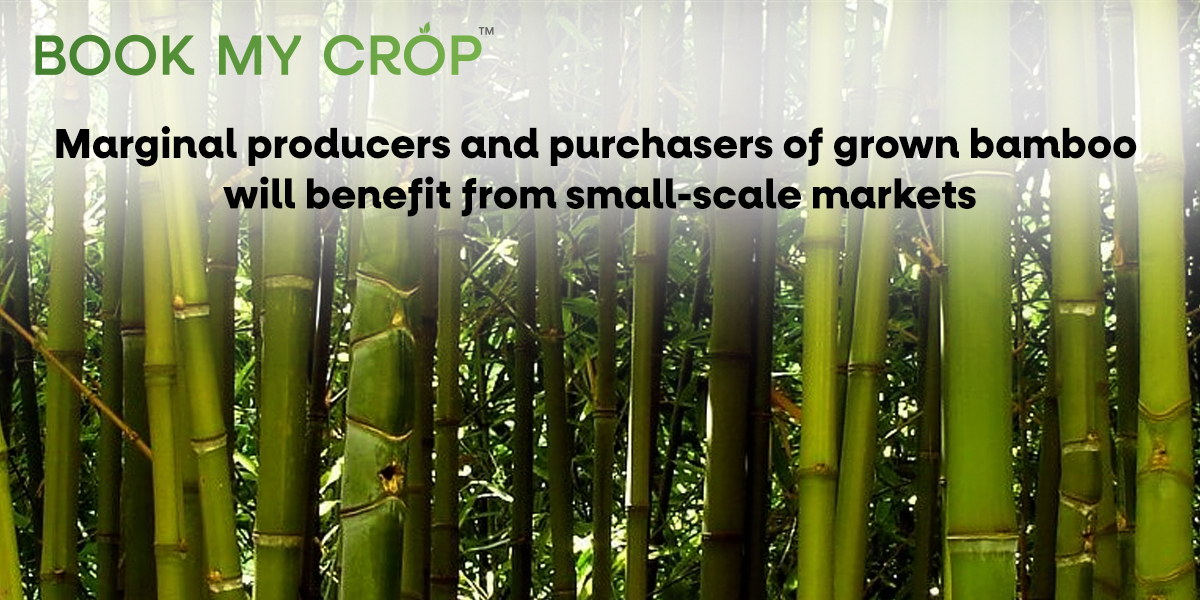 The plant known as "bamboo," which has countless uses, originated either in farms or forests. Because farm bamboo and forest bamboo are subject to various laws and rules, it is crucial to make this distinction.

Both varieties of bamboo were regarded as "forest" materials up until 2018. As a result, there were limitations on the trading and free movement of bamboo.

However, in 2018 the transit pass (TP) regime was lifted and "grass" status was given to bamboo that is not found in forest regions (i.e., agricultural bamboo). This was done to advertise bamboo outside of forested areas and to develop it similarly to other agricultural products.

However, there are still issues with the lack of organized markets for farm bamboo. Those that grow bamboo are unclear about where it should be sold or what the going rate is. Furthermore, there are no established guidelines for bamboo classification and grading. Farmers are therefore hesitant to start new bamboo plantations or expand old ones.

It's not that bamboo isn't in demand. In reality, there is a high need for it in several industries, including handicrafts, construction, housing, and furniture, to name a few.

The level of demand is rising rapidly. Due to mounting demands on timber and urgent problems like deforestation, the loss of natural resources, global warming, etc., it will continue to expand.

The absence of established channels between buyers and sellers is the true issue. Despite being centuries old, the bamboo ecosystem has somehow not grown because the commodity is still extremely fresh to all parties involved. The government or any other party cannot be held responsible for the same. However, there must be a remedy because there is a problem.

The current issue might fit inside the framework of the well-known Pareto principle (80-20 rule). According to the 80/20 rule, around 80% of an event's effects result from 20% of its causes.

It advises finding the contributions that could be the most fruitful and giving them top priority. In the case of the bamboo industry, the problem of the unorganized bamboo market also belongs to the list of priorities that, if resolved, has the ability to address 80% of the challenges now present in the industry.

The agenda item 10.6 of the operating instructions for the reorganized National Bamboo Mission emphasizes the "Promotion and Development of Infrastructure for Bamboo Market," demonstrating the government's recognition of the need of creating such organized bamboo markets.

Big gains on small markets
The government in this country focuses mostly on wholesale markets that sell truckloads of the commodity, or bamboo mandis. However, weekly bamboo marketplaces / haats at the tehsil / taluka levels also need to be established and promoted for buying small amounts of bamboo (say up to 100 poles).

The main purpose of these neighborhood marketplaces would be to buy bamboo from smallholder growers. The larger dealers, markets, or other supply chains may purchase it from them in turn.

The fundamental premise behind this argument is that farmers producing bamboo on larger tracts of land say, let's more than five acres or those growing truckloads of the plant are in a position to independently locate markets for their products.

As a result, these market facilitation centres would primarily target smallholder farmers, who have less bamboo clumps. Millions of these small-scale farmers raise bamboo in their houses.

These can look to be a few bamboo clusters. But without a specific market, these smallholder farmers lack motivation to take good care of these clumps or to routinely manage them for increased yield.

In Maharashtra, when I wandered the farms close to Pench National Park, I saw several farmers for whom these bamboo clusters had become a problem. They claimed that monkeys frequently visited these clusters to hide out and destroyed their crops.

Some farmers had also attempted to burn the clusters in order to solve this issue. But later, in the same area, I also met a local business owner who saw this as a chance. The businessman began buying bamboo from the same growers.

Farmers and business owners now gain equally from the same bamboo that was once a burden, making it a win-win situation for everyone involved.

To function as small aggregators for agricultural bamboo, thousands of these small business owners must be encouraged. The local businessman could receive training in the proper grading, stocking, and handling of bamboo.

In addition to helping local businesses and farmers, the construction of such small-scale market facilitation centres will also encourage more farmers to engage in larger-scale bamboo farming.

A farmer's interest would be automatically revived and the crucial confidence between producer and product would be established if he or she can find a bamboo market close to where they do business.

Other government programmes, such the Atmanirbhar Bharat Abhiyan, the Vocal for Local Campaign, and the doubling of farmers' income, can also be achieved through the use of this.

Studying current market rates and speaking with the relevant forest agency can help determine this pricing. Additionally, the operator should have the freedom and flexibility to set the prices in accordance with the weather and consumer demand.

The Maharashtra Bamboo Promotion Foundation has already established one such market facilitation center in eastern Maharashtra for the buying and selling of farm bamboo on a pilot basis.

The creation and promotion of organized farm bamboo markets represents an untapped resource. If introduced and carried out properly, this effort has the potential to set off a domino effect.

Gains made by one stakeholder may spark interest from players farther down the supply chain. In the end, it would tie up the loose ends that are common in the bamboo ecosystem, improving forward and backward links.