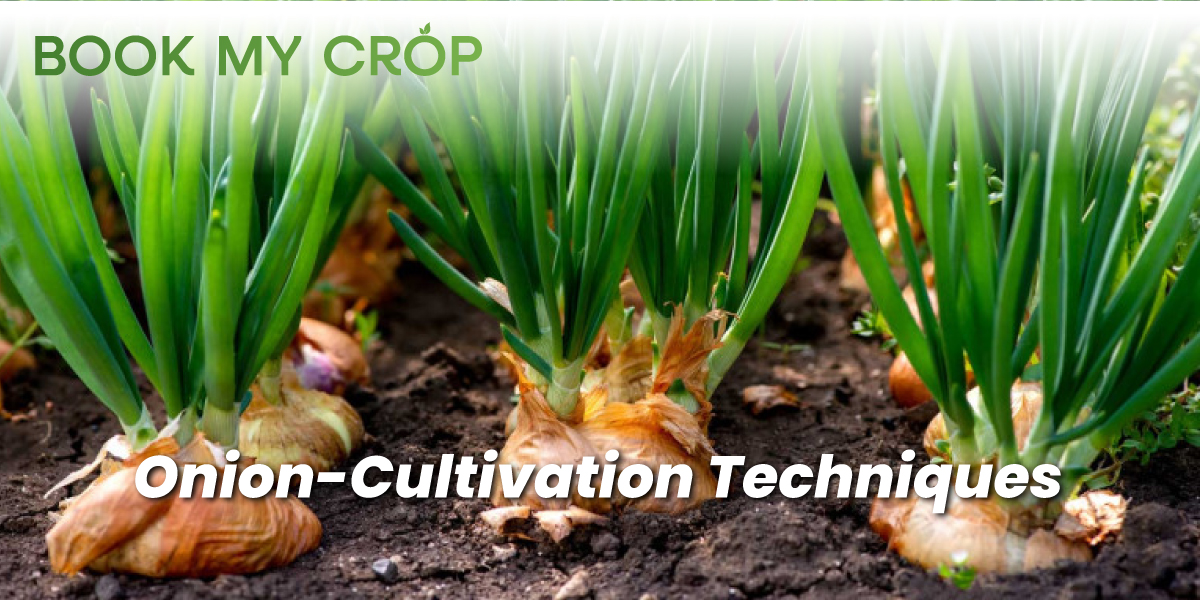 In India, onion crops have been cultivated for over 5000 years. India is currently the world's second-largest onion producer. Our onions are known for their pungent flavour and are available all year. In India, there are three onion growing seasons: kharif (July-August), late kharif (October-November), and rabi (December-January) (December-January). We'll learn about the most common onion cultivation methods in India in this article.

Techniques for producing onions in the field
Seeds, seedlings, and bulblets can all be used to grow onions. Three of the most common onion cultivation techniques in India are listed here.

1. Raising A Nursery
The two most crucial stages in growing onions are nursery management and transplanting. Onion seeds are normally planted in raised beds with a width of 1.2 metres and a length of 3 to 4 metres. These seeds are relocated to a separate region to grow into onions after they turn into seedlings (about 40-45 days). One hectare of seedlings can be produced from 0.05 hectares of nursery beds.
The spacing between the beds should be at least 30 cm to allow water to flow evenly and excess water to drain out. Flatbeds are not advised for nursery rearing because seeds can be swept away as water flows from one end to the other.

2. Growing Tiny Bulblets
This method is commonly used to meet demand for green onions. Agrifound Dark Red, Arka Kalyan, Baswant 780, and other onion cultivars are raised one season ahead of time to produce miniature onion bulblets. Sowing seeds for quality bulblets is usually optimal between mid-January and February. The exact season and timing, however, are very dependent on the place where the seeds are cultivated. Until April-May, onion bulblets are kept in nursery beds. The bulblets are picked and stored in a well-ventilated area until they are planted. During the kharif season, these are then transplanted.

3. Sowing Directly
This form of onion cultivation is used in sections of the Karnataka districts of Chitradurga, Bellary, and Dharwar. Big onion seeds are sown straight in lines (30 cm apart) and thinned later to provide adequate space for bulb development. Hand hoeing is done after sowing to ensure that the seeds reach a depth of 2.5-3 cm. They are then mildly irrigated immediately after that. Within 10 days of sprouting, weeding is strongly suggested.

Field Preparation For Onion Planting
Apart from the top three onion farming techniques, there are a few guidelines to follow when preparing the fields for onion planting.