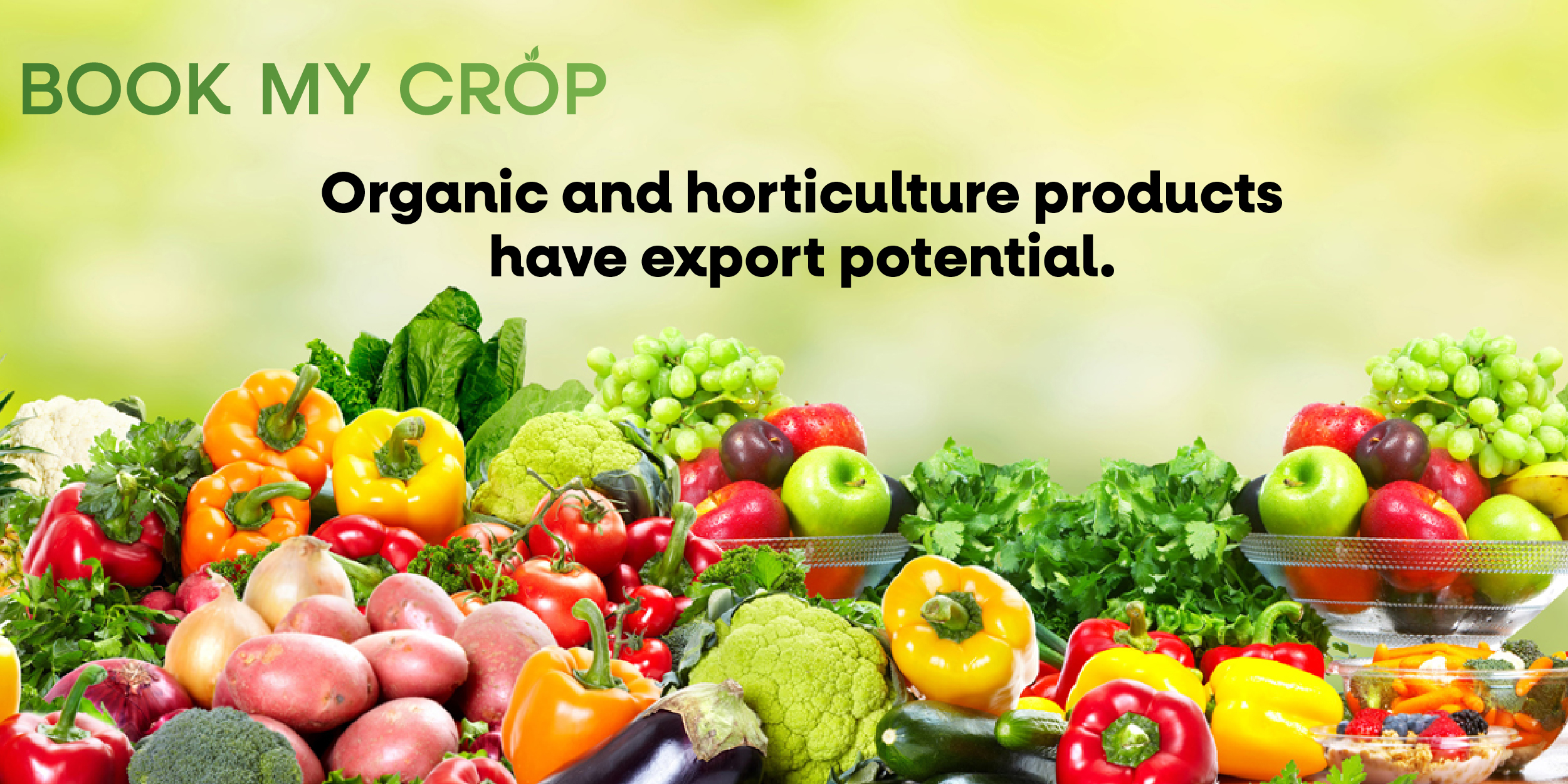 Horticulture and Organic Farming: An Overview
India has always been a global leader in agricultural production. It went from being an import-dependent economy to one of the world's leading agricultural producers in the 1960s. In comparison to the 1950s, the country currently produces six times more food grains and 6.6 times more horticulture. In 2020-21, India produced the biggest amount of horticulture ever, 331 million tonnes. Agricultural production has risen considerably as a result of strong government policies, rapid GDP growth and India's goal to become an export-oriented economy. India is the world's second-largest horticulturist and the fifth-largest country in terms of organic agricultural land. It has also been a big supporter of organic farming and has received significant government funding.

Horticulture and Organic Farming's Importance
The agricultural sector has a considerable economic influence. It employs 42.6 percent of the population, making it one of the country's largest employers. Agriculture and related sectors occupy more than 60% of the total land area, with organic farming accounting for less than 2% of this total. India also has the biggest number of organic farmers in the world. It has 2.3 million acres of organically certified farmland. The organic agricultural business is expected to reach US$ 10.1 billion in 2026. Organic exports totaled US$ 1.04 billion between 2020 and 2021.

Northeast India will have the largest impact on organic farming, according to Prime Minister Narendra Modi. According to him, the Northeast will become a major hub for organic farming as well as the world's capital for unique organic products. Organic farming is practised by default by farmers in the northeast and forest covers more than 75% of the land. The administration has also enacted legislation similar to that of Sikkim,the country's first organic state.

India is the world's second-largest horticulture producer, with 329.86 million tonnes of horticultural output in 2020–21, accounting for almost 12% of total global production. Between 2021 and 2022, exotic fruits were produced on 8,951 hectares, while indigenous fruits were grown on 7,154 hectares. Horticulture's penetration is gradually increasing because such items are relatively easy to cultivate and may be grown on small farms. Small and marginal farmers make for 86.2 percent of all farmers in India, with less than two hectares of land. The demand for these commodities has increased as a result of factors such as rising income, improved health awareness, increased consumption, and urbanisation. Furthermore, India's unique climatic circumstances have allowed it to produce a wide range of fruits and vegetables all year.

Horticulture and organic produce have export potential.
In recent years, India's organic and horticultural exports have exploded. Increased government operations, as well as India's peculiar climatic conditions, are to blame. Horticulture exports in India increased from 2.8 million to 3.19 billion dollars between 2010 and 2020. The primary export destinations for these horticulture items have been the UAE, the Netherlands and Saudi Arabia. Rising global prices have aided India's strong horticulture boom. Horticulture exports were helped by a number of government measures. India's fresh grape exports increased from US$ 102.5 million in 2019 to US$ 307.9 million in 2020. This increase was aided by agri-export zones and GrapeNet.

Organic exports are dominated by states like Madhya Pradesh, Maharashtra, Gujarat, Kerala and Haryana. Organic exports were led by processed food, which accounted for 56 %, followed by oilseeds (9%) and cereals and millets (4%). (7.30%). Exports of millet climbed by 23.07 percent year over year, owing mostly to government initiatives. The Indian government has even designated the years 2022–23 as the International Millet Year.

Export-Boosting Government Initiatives.
Various initiatives have been initiated by the Indian government to promote organic and horticultural exports. These programmes have been shown to be highly effective in the past and are expected to continue to help the country. India aims to triple its exports to $60 billion by 2022. One of the most effective techniques for doing this is cluster expansion. The government has enacted a number of policies aimed at encouraging farmers to switch to organic farming and promoting these clusters.

Pradhan Mantri Krishi Sinchayee Yojana (PMKSY)
In 2015, PMKSY was founded with the primary purpose of enhancing irrigation and minimising water waste. As part of this approach, the government is taking considerable steps in numerous states. In September 2021, farmers in Tamil Nadu with less than 2.40 acres of land received a subsidy on drip irrigation and sprinkler systems. In August 2021, the government announced a Rs. 300 crore investment for Karnataka as part of the PMKSY scheme.

Horticulture Culture Development Programme (CDP)
To strengthen the sector's competitiveness, the Ministry of Agriculture and Farmers Welfare (MoA&FW) created the Horticulture Cluster Development Programme. The program's major goal was to assist farmers with key challenges they were encountering, such as pre-production, post-harvest, logistics, branding and so on. There were 53 clusters found, with 12 of them running under CDP. The scheme is designed to help farmers double their revenue and benefit around ten lakh farmers.

Paramparagat Krishi Vikas Yojana (PKVY)
With Participatory Guarantee System (PGS) accreditation, Paramparagat Krishi Vikas Yojana promotes cluster-based organic farming. Cluster formation, training,marketing,and certification are all covered by the programme. A farmer earns Rs. 50,000 per hectare over three years, with a portion of that going to an incentive to use organic inputs.

National Food Security Mission (NFSM)
The NFSM offers financial assistance up to Rs. 300 per acre for the promotion of bio-fertiliser (rhizobium/PSB). India ranks tenth in terms of certified agricultural land with 1.94 million hectares (2018–19), according to international resource statistics from the Research Institute of Organic Agriculture (FiBL) and the International Federation Of Organic Agriculture Movements (IFOAM) Statistics.