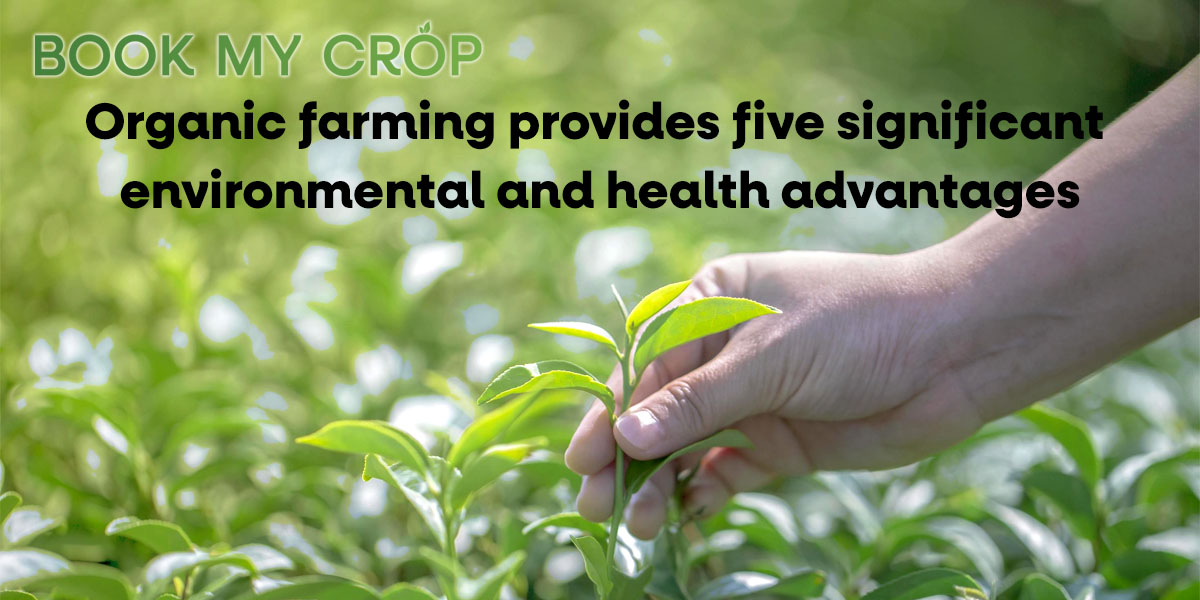 Organic farming practises help to increase the soil's health. It all comes down to the fact that it is free of chemicals. Healthy soils also use less water than soils used in conventional farming.

Instead of using chemicals like insecticides, organic farming uses natural techniques of cultivating plants and caring for animals. People are becoming more aware of the environmental and health benefits of organic products, hence they are becoming more popular. As a result, more organic options are now available, and the number of farmers markets offering fresh and organic items has grown.

The most prevalent reason why some individuals avoid buying organics is because of the cost. It's because they're usually more expensive than non-organic alternatives. Organic items, on the other hand, are worth their price because they cost more and require more effort to grow. They also have several health and environmental advantages, which adds to their value. The following are some of the benefits:

1. Contributes to the fight against global warming
Organic farming helps to combat global warming by avoiding the use of pesticides that can release hazardous substances during production and use. Furthermore, the Rodale Institute Farming Systems Trial, which has been evaluating the effects of organic and conventional agriculture since 1981, concluded that organic agriculture has helped to delay climate change and lower carbon dioxide levels in the environment.

2. It saves water
Healthy soils, as previously said, do not require much water, hence this is one form of water conservation. Organic farming also maintains water pure and free of chemicals that may leak from trash discarded during the manufacture of traditional agricultural instruments like herbicides and insecticides. It might pollute the water, putting aquatic wildlife in jeopardy. Furthermore, there would be less clean, safe-to-drink water sources.

3. Better for the Soil
Soil health is improved through organic farming practises. It all boils down to the fact that there are no chemicals involved. Furthermore, healthy soils use less water than soils used in conventional farming.

4. It helps to keep the soil from eroding
It is beneficial to the environment to have healthy soil. It also avoids erosion, which could cause flooding, property damage, injuries, and, in the worst-case situation, human and animal deaths.

5. Algal Blooms are Prevented
Runoff from non-organic fertilizer has the potential to contaminate water and produce algal blooms. Damaging algal blooms, or HABs, can be harmful to fish and other aquatic species. Furthermore, it may have negative implications such as fisheries closures and water supply disruptions. It also has an influence on the tourism industry, especially for people who rely on these bodies of water as tourist attractions. As a result, they may have to close.

Aside from the benefits listed above, organic farming decreases human and animal health concerns by lowering residue levels in the final product. It contributes to agricultural production's long-term viability.