What Makes The Zaid Crop The Most Profitable Farming Season? 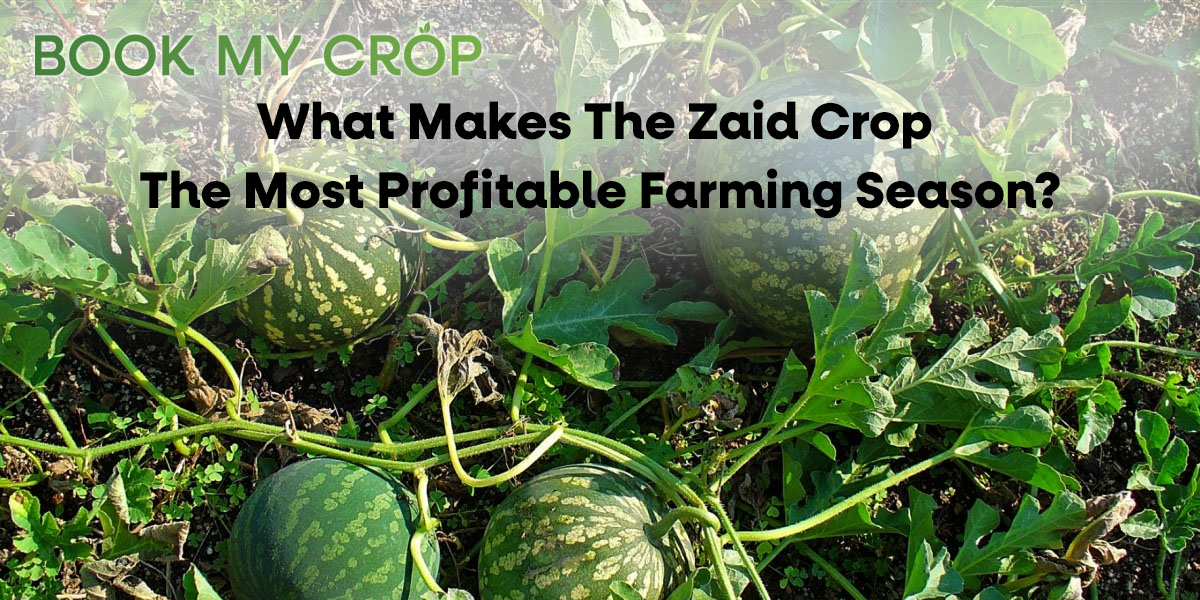 In agriculture, the three main seasons are Rabi, Kharif, and Zaid. Rabi and Kharif are two seasons that coincide and have a substantial impact on the agriculture economy.

However, there is another season known as the Zaid Season that occurs between Rabi and Kharif, and the crops grown during this season are known as Zaid Seasoned Crops.

After the Rabi season concludes and the Kharif season begins, farmers prepare for the Zaid season, which spans from March through June.

Because it falls between the main farming seasons of rabi and Kharif, the Zaid crop has a shorter growing season than other Zaid crops.

Zaid crops are grown in several parts of India, depending on the state's irrigation.

Uttar Pradesh, Punjab, Haryana, Gujarat, and Tamil Nadu are the states in question.

List the crops that were grown during the Zaid season.

What is the significance of Zaid or Summer Crops?

Many conditions must be met in order for the Zaid or summer crops to flourish or be cultivated.

The most important aspect in determining the crop's cultivation, harvest, and quality is the soil quality. Zaid season crops prefer well-drained sandy or loamy soil rich in organic content, which is perfect for the crop. The soil must be rich in nutrients.

The pH of the soil should be between 6 and 7, and it should not be alkaline. Soils with high salt levels are not ideal for cultivation.

2. Irrigational infrastructure that are more efficient

Zaid crops require at least one irrigation to ensure adequate plant establishment because they are planted in the pre-monsoon season, when there is minimal chance of rain. Short-duration cultivars of summer rice, pulses, oilseeds, and small millets, in addition to short-duration vegetable crops, can be grown depending on irrigation facilities.

Long days, dry weather, and plenty of sunshine are required for summer harvests. Temperatures between 23 and 25°C are ideal for germination.

The seeds will not germinate if the soil temperature is below 10°C. Temperatures between 20 and 32°C are good for growth and fruit development. When the temperature exceeds 45°C, the fruits become sunburned and have a lower shelf life.

Groundnut thermal time needs range from 1800 to 2400 degree-days (at a base temperature of 10°C.) or heat units, depending on the cultivar.

During the cultivation of Zaid or summer crops, how are they protected from animals?

Rogue cattle inflict the biggest crop damage in Zaid/summer crops, which are sown after Rabi crops have been harvested in most areas. Wild animals such as blue bulls, wild boars, monkeys, deer, elephants, and others, in addition to wandering cattle, are responsible for destroying farmers crops after Rabi season, when only a few fields are covered with crops.

During this season, pulse and oilseed cultivation should be encouraged, and strategies for reducing damage from cattle and wild animals should be established.

The Indian Council of Agricultural Research's vertebrate pest management solutions, notably for rats and birds, are extremely effective and should be widely disseminated to protect crops from these pests.

The ICAR-All India Network Project on Vertebrate Pest Management is in charge of spreading this technology to farmers.

Such harm, on the other hand, is not limited to a single farmer or town, demanding a community-based strategy to control, for which State Governments must adopt legislative laws.

The government is playing a significant part in inspiring and expanding the growth of the Zaid crop, which has supplied the Indian economy with highly beneficial benefits.

The government has a number of policies and plans in place for the development of summer crops such as pulses, oilseeds, coarse grains, and cereals.

Summer crops provide an extra source of cash for the government, as well as work chances for farmers who were previously underemployed or unemployed while waiting for the following season.

The current focus on Zaid crops has paid off handsomely, as the area under cultivation has been continuously growing for the previous several years.

As a result, producing summer crops whenever possible is crucial.