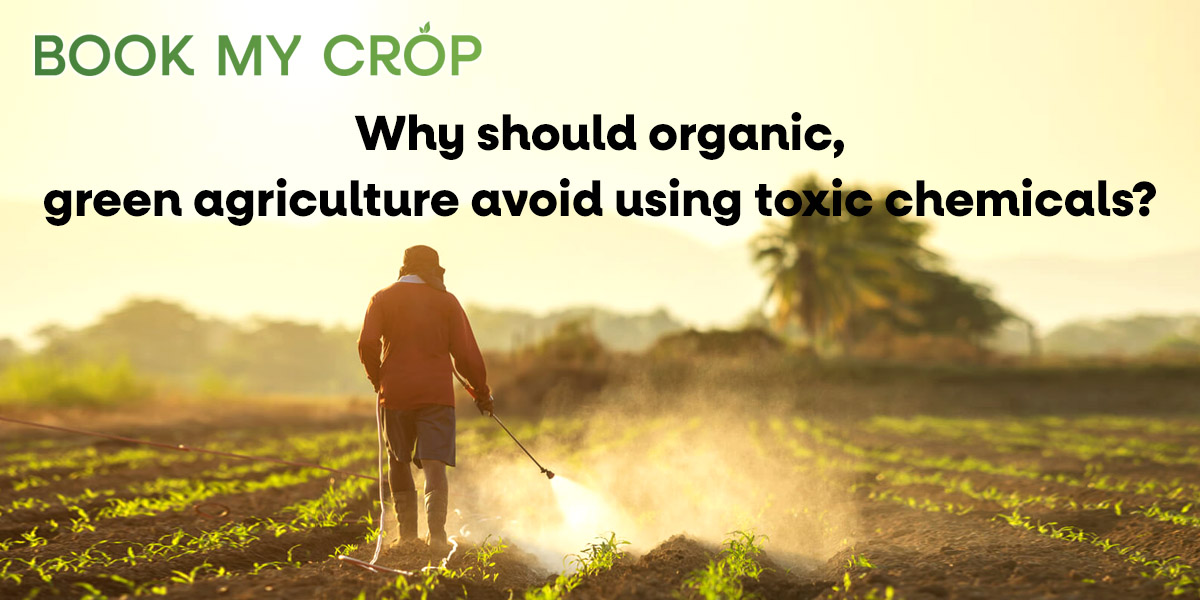 In natural farming, a small amount of pesticides are permitted as long as they are made from ingredients with "herbal origin." However, that does not always mean that they are less dangerous than the synthetic pesticides employed in conventional agriculture. Unfortunately, there isn't a straightforward answer to this topic. Each pesticide, fungicide, and insecticide has unique use and degrees of toxicity. In general, pesticides remain poisonous chemicals with active chemical ingredients whether they have a natural or artificial foundation. As a result, we need to exercise some caution when using them. However, fitness organizations and pesticide registration organizations prefer to believe that pesticides, whether natural or not, are safe as long as the recommended safety measures are taken.

While we often discuss how organic pesticides are healthier for the environment than herbal pesticides, this no longer applies in all cases. An organic insecticide may very easily have negative effects on ecosystems and pose threats to aquatic creatures, as demonstrated by the case of copper sulphate.

Another biological pesticide with unquestionably detrimental environmental effects is spinosad, a "herbal" natural insecticide. In actuality, it is well acknowledged as a completely deadly insecticide for pollinators like bees or butterflies.

It's important to remember that products grown organically sometimes include pesticides. In reality, a number of studies discovered pesticide residues in organic foods (this particular examine found strains in nearly all the eighty products analyzed). A few natural products have even been shown to contain artificial pesticide residues, according to various studies. These residues may have been introduced by neighboring plants.

On the issue of pesticide residues, regular agricultural products from organic agriculture perform marginally better than those from traditional agriculture. In contrast to traditional goods, which only had a pesticide residue level of 96.2%, 98.7% of organic goods did not exceed the regulatory limits. However, compared to only 50% of conventional goods, 83% of organic items had pesticide residues below the "limit of quantification" (i.e., undoubtedly undetectable). Pesticide use is kept to a minimum in natural agriculture, where it serves best as a last resort. Furthermore, natural regulations set a maximum of 6 kg per hectare per year for the use of toxic products like copper sulphate.

Going over these pesticides difficulties in natural farming is not a simple task in the long term. In natural agriculture, a variety of pesticides are permitted, but they are not always safer or healthier than conventional pesticides. However, organic farming typically has lower pesticide residual levels. However, the majority of organic products still include pesticide residues. You can now see everything clearly!