How does Agriculture Marketing work in India? 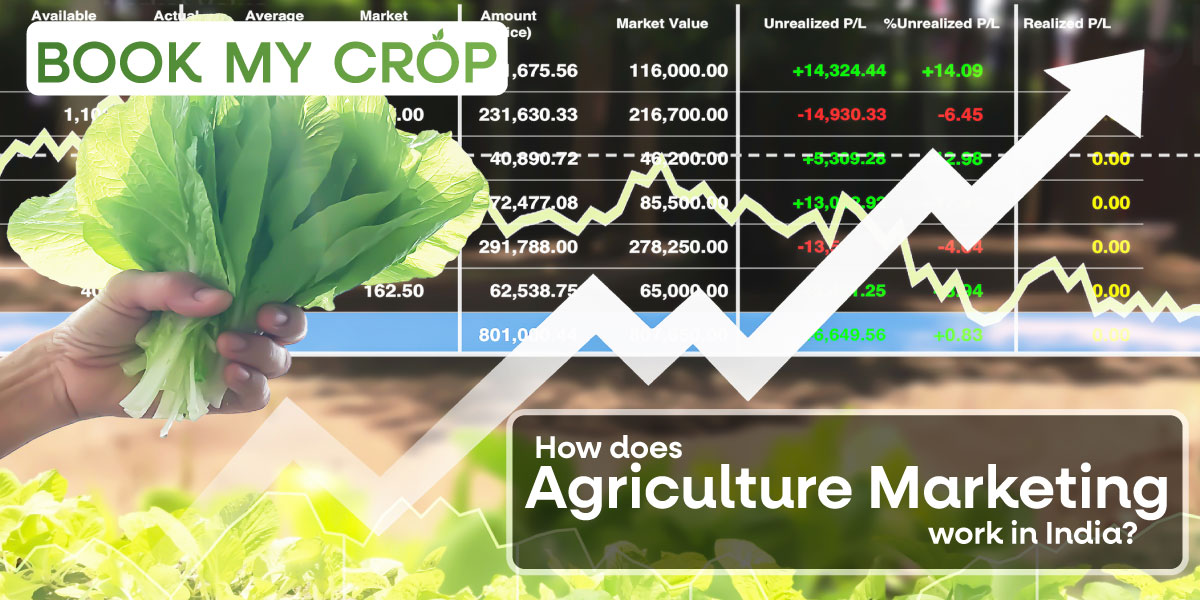 India is primarily an agricultural nation, and its agricultural industry is the primary source of income for one-third of the country's population. Since the beginning of recorded history, agriculture has been and continues to be the most important sector of India's economy. Approximately twenty-five per cent of India's overall gross domestic product (GDP) comes from the country's agricultural sector. As a result of the fact that the provision of food is humanity's primary necessity, there has been a significant focus on the commercialization of agricultural output. Because of this, ensuring the adequate production and equitable distribution of food has recently emerged as one of the most pressing worldwide concerns.

Agriculture companies in India are involved in Agricultural marketing, that consists mostly of transactions involving purchasing and selling various agricultural goods. During earlier times, when the economy of the village was more or less capable of supporting itself, there were no challenges associated with the marketing of agricultural products because farmers sold their output directly to consumers in exchange for cash or barter.

Trade or transfer of goods or services from one person to another is necessary for today's agricultural marketing, as well as it is an integral part of the Krishi bazaar. Assembling, preparing for consumption, and distribution are all marketing functions in this case. The sale of any agricultural product is contingent on a number of variables, including the current level of demand for the product, the availability of storage, and so on. The products can either be sold on the open market or kept in storage until they are needed. Furthermore, it can be sold in its natural state, straight from the field, or after the farmer or local merchant has cleaned, graded, and processed it. In certain cases, consumers demand processing, while in others, the product's quality is at risk. As a distribution system, the goal is to match existing supply with existing demand by selling and reselling at various points in different marketplaces, such as primary and secondary markets or terminal and final markets.

For the most part, farmers in India's private sector sell their agricultural products to moneylenders or village traders. There are numerous ways to market and sell a product. For example, it could be sold in a weekly market in the farmer's community or a neighbouring village. If none of these options is available, produce may be sold in the Krishi market or at sporadic marketplaces in adjacent towns or villages.

More than forty primary commodities are graded obligatorily for export in accordance with the grading and marketing Agricultural Produce Act of 1937, whereas the grading of primary commodities for consumption within the country is done voluntarily. Even though the state government is responsible for regulating commodity markets, the directorate of inspection and marketing offers marketing and inspection services all the way down to the village level, in addition to providing financial assistance to assist in the establishment of commodity grading centres in certain markets.

Given that we have a history of engaging in agricultural production, marketing, and other commercial operations related to agriculture, the time has come for us to engage in some creative thinking and come up with fresh concepts for value-added services. The current agricultural engine will receive a new dimension due to the value-added services provided. The next obvious step may be food processing, which is another industry that could generate cash and provide a lot of full-time employment opportunities for our younger population. Because of the shifting agricultural landscape and rising levels of global competitiveness, it is essential to make the most of the resources currently available.

Five hundred regulated markets were studied between 1970-71 and 1971-72 by the Ministry of Agriculture's Directorate (Inspection and marketing) in an effort to determine the current markets' suitability and efficiency, as well as to identify and suggest ways to improve them. Unfortunately, several of the market committees have had insufficient financial resources, which has been a serious downside. The Ministry of Agriculture decided that grants of up to two lakhs rupees would be made available under a central sector scheme drafted during the fourth plan. There will be a shortfall, and it will have to come from commercial banks.

Irrigation, rural infrastructure, the restoration of water bodies, and water harvesting all have some positive developments to report, which is another source of optimism. The nomination of a banker to the position of chief executive of the Small Farmers Agri-business Consortium (SFAC) is another step that has been taken to enhance the governance of the organisation. Additionally, the SFAC must be given additional funding.