What needs to be done to double the income of the farmers? 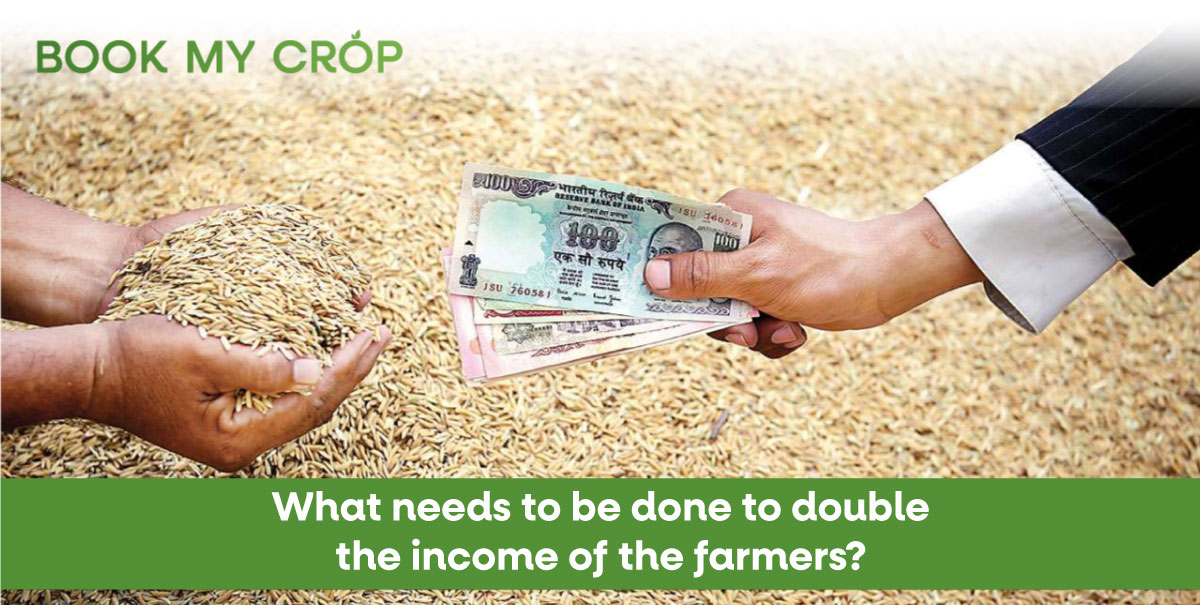 In the next year i.e. 2022, the country has to achieve the target of doubling the income of farmers from the income of 2015-2016. The survey titled 'Assessment of households' land and livestock assets and status of agriculturally dependent households', conducted by the National Statistical Office (NSO) in the 77th round of the National Sample Survey gives some indications of whether this target may be achieved or not.

This survey covers the conditions of 2018-2019 and earlier a similar survey was conducted in 2012-2013. In this way, this survey is also the first survey to show the condition of farmers during the tenure of the present government.

The monthly income of farmers has increased by 59 per cent in comparison to 2012-2013. Thus, it is an annual growth of 7.8 per cent. To understand the true meaning of this increase, we also have to look at the annual inflation rate. The survey also shows that agricultural income has declined in its two rounds or the 2012-2018 time period.

That is, the major source of income of a farmer dependent on agriculture is wages and livestock rather than farming. In this also a big contribution is of wages, the money from which contributes the most to the income of his family. This means that a farming family is more dependent on wages than farming for money. Doubling her income from farming requires a fundamental change in her family's economy.

The question is where to focus to double the farmer's income by 2022? The simple answer is that for this he cannot be dependent on his income from agriculture. We cannot assume that the doubling of this income will double the total income of a farmer family by 2022.

The trade conditions for the farmers have not been favourable for a long time, and they are not even getting a fair price for their crops. The other major part of their income comes from livestock. Today's reality is that its economy is bigger than food grains.

The employment scenario in the country has remained worse since 2018. First, the economy declined from 2016 and then after demonetisation, the unorganized sector was jolted. After this, we know that the corona epidemic has given a deep blow to this area.

If farmer families think of doubling their income through wages, then first it has to be seen that where are the jobs? Currently, the unemployment rate is the highest in the last several decades. Even this unemployment is such that more and more people have returned to farming, even if they are not getting enough wages for it.

Since we have more agricultural labourers than farmers, and farmers are earning more than wages, this situation is going to worsen the employment scenario in rural areas. This will bring more people to the agriculture sector and their income will be less, whether they are farmers or labourers. This will not fulfil the promise of doubling the income of farmers in the coming times.

Worse yet, it would jeopardize poverty reduction plans. Agriculture is considered to be twice as effective a factor in reducing poverty in rural areas as compared to overall economic growth. Now, if there is an increase in the crowd for employment in the area which is already in trouble, then it is quite possible that this will reduce the income of the farmers and their poverty will not be reduced.

In this way, doubling the income of farmers and increasing the national income from it is a big challenge before the government.

What needs to be done to double the income of the farmers?

Atmanirbhar farmers are the future of agriculture in India

Why does pulses production need to be given a boost of better incentives?

As we all know India is the land of agriculture and farmers and ...

Agriculture is the primary source of income for approximately 5 ...

Latest Technologies to Adapt in Agriculture

The use of digital technologies in precision agriculture has ch ...